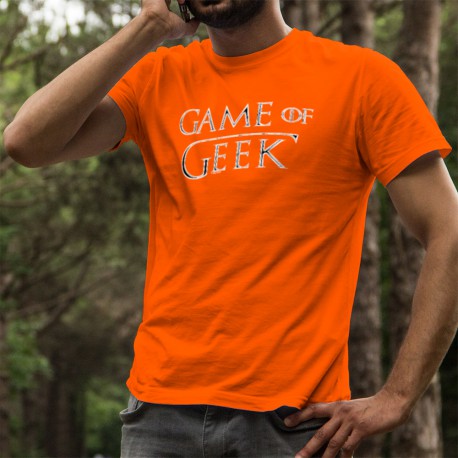 A geek is usually a person who is passionate about one or more domains such as those related to "imaginary cultures" (cinema, cartoon, video games or role plays, etc.), or those related to science, technology and computing
Because of his thorough knowledge, the geek is often seen as too cerebral.

Game of Thrones is an American television medieval-fantasy series broadcasted since April 17, 2011 on HBO. It is an adaptation of the saga written by George RR Martin since 1996, renowned for its realism and its many inspirations drawn from real events, places and people, such as the Two Roses War, Hadrian's Wall, Henri Tudor, etc.

* Measure from highest point of shoulder to bottom of hem

** Measure across garment 1cm down from armholes